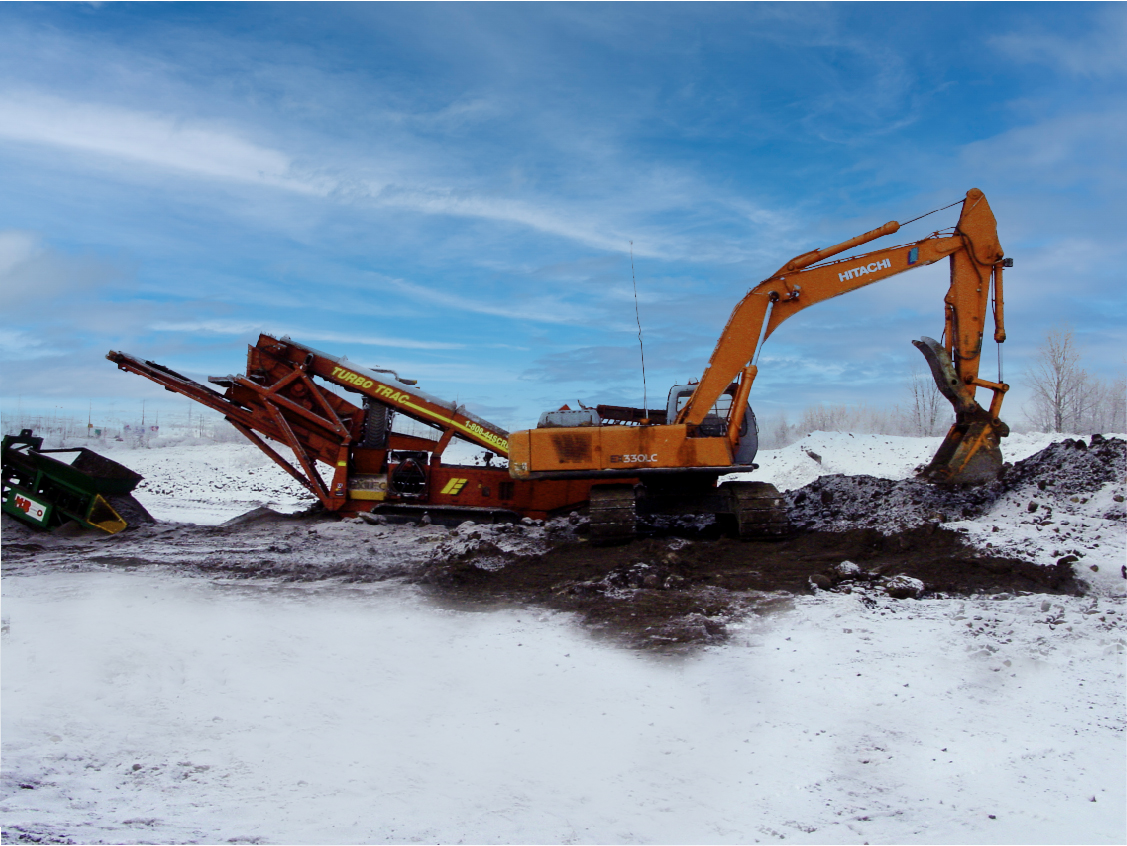 Home > Projects > RRC SYSTEM FOR THE CLEARING OF ORDNANCE

RRC SYSTEM FOR THE CLEARING OF ORDNANCE

The purpose of this case study is to examine the benefits of HARD-LINE’s RRC (Radio Remote Control) and Farsight (extended line of sight) technology in its application to an above-ground used-ordnance cleanup project of a military testing field in Calgary, Alberta, completed by Iron Horse Earthworks. As part of a former military base located on Tsuu T’ina First Nation land, the testing field in question contained remnants of ordnance such as artillery projectile, mortar shells, hand grenades, and live cartridges. Iron Horse Earthworks was contracted to extract and transport all such material to a waste disposal site. The primary concern which drew HARD-LINE’s involvement was the danger posed to the excavator operators in the course of performing cleanup operations, where they would be at risk of encountering unexploded live ordnances. In 2002, Iron Horse was referred to HARD-LINE by an employee of existing HARD-LINE client Lupin Gold Mine, located in Nunavut. The CEO of Iron Horse, Christopher Bews called HARD-LINE and spoke with President Walter Siggelkow to discuss outfitting an excavator with remote control technology, which would allow the operator to complete the task from a safe distance.

To accomplish this goal, HARD-LINE designed an RRC Farsight system, eliminating operator exposure to hazardous conditions by allowing them to control the excavator from a workstation at a distance, with live video feed to facilitate visibility of the workzone. The initial proof of concept was so effective at promoting safe operation that several more machines were outfitted for remote operation, with HARD-LINE’s involvement ultimately spanning 7 years.

The client’s vision for the project involved hand-held remote control outfitting for an Hitachi hydraulic excavator, which would be used as the test subject for remote control viability on the cleanup project. The objective was for Iron Horse to be able to safely complete the removal of ordnance materials (both inert and potentially live) from the testing field of the former Calgary military base.

They would then dispose of this material at a designated waste management site. HARD-LINE therefore proposed an RRC Farsight system, with the operator using the unit from a chair-based workstation with live camera feeds, constructed within a van. This would facilitate operating from as safe a distance as possible, away from any potential live ordnance and with adequate shelter should live explosive devices be encountered.

Before HARD-LINE became involved, the original approach to the problem was to attempt to construct armor plating for the excavators performing the cleanup. However, the extra weight from the armor impeded the functionality of the drive and swing motors, making driving and operating impossible. Any protection afforded to the operator would therefore be required to be lightweight and minimally intrusive to the excavator’s systems. A more innovative solution was required.

The first stage of the project involved outfitting a single Hitachi hydraulic excavator with the RRC Farsight system.
Rather than the RRC unit being hand-held, the unit was built into a generator-powered workstation within a vehicle, where the operator could sit at a safe distance to perform duties with live camera feeds of the workzone. The proof of concept project was built and installed within 4 weeks, with the operator trained in its use on-site. Following the installation and the successful test of the system, HARD-LINE outfitted a second excavator, a John Deere bulldozer, and a CAT track loader. A third excavator was also later outfitted, to replace one machine that was damaged. The full project for all machines was complete after approximately 7 years.

IT WAS A GREAT OPPORTUNITY WORKING WITH THE TEAM AT HARD-LINE. USING THEIR REMOTE-CONTROL TECHNOLOGY ON OUR HEAVY MACHINERY PROVED TO BE A MAJOR SUCCESS FOR THIS ORDNANCE CLEANUP PROJECT. OUR OPERATORS WERE KEPT SAFE THEY WERE ABLE TO PERFORM THEIR DUTIES EFFECTIVELY.”

This project marked the first construction application completed by HARD-LINE. Additionally, because of the several machines converted to remote operation after the successful proof of concept, it was also the first instance of multiple machines interacting while being remotely connected. Furthermore, this project involved the first RRC Farsight system employed on an excavator in HARD-LINE’s history.

With the successful incorporation of remote control functionality for the excavators, bulldozer, and track loader, operators were able to perform their duties safely and effectively. The site cleanup was completed as contracted and ultimately cleared 12,000 acres of land.

Through the application of HARD-LINE’s customized RRC and Farsight extended line of sight system, Iron Horse Earthworks was able to complete a project originally thought to be impossible. This innovative system allowed the client to eliminate the threat to the operators’ well-being and effectively operate their machines from their workstation at a distance, facilitating successful cleanup of the site, to the benefit of the client and the community served. 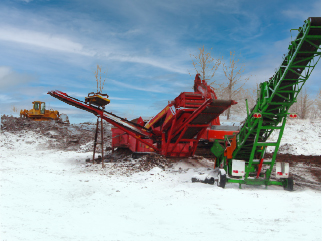 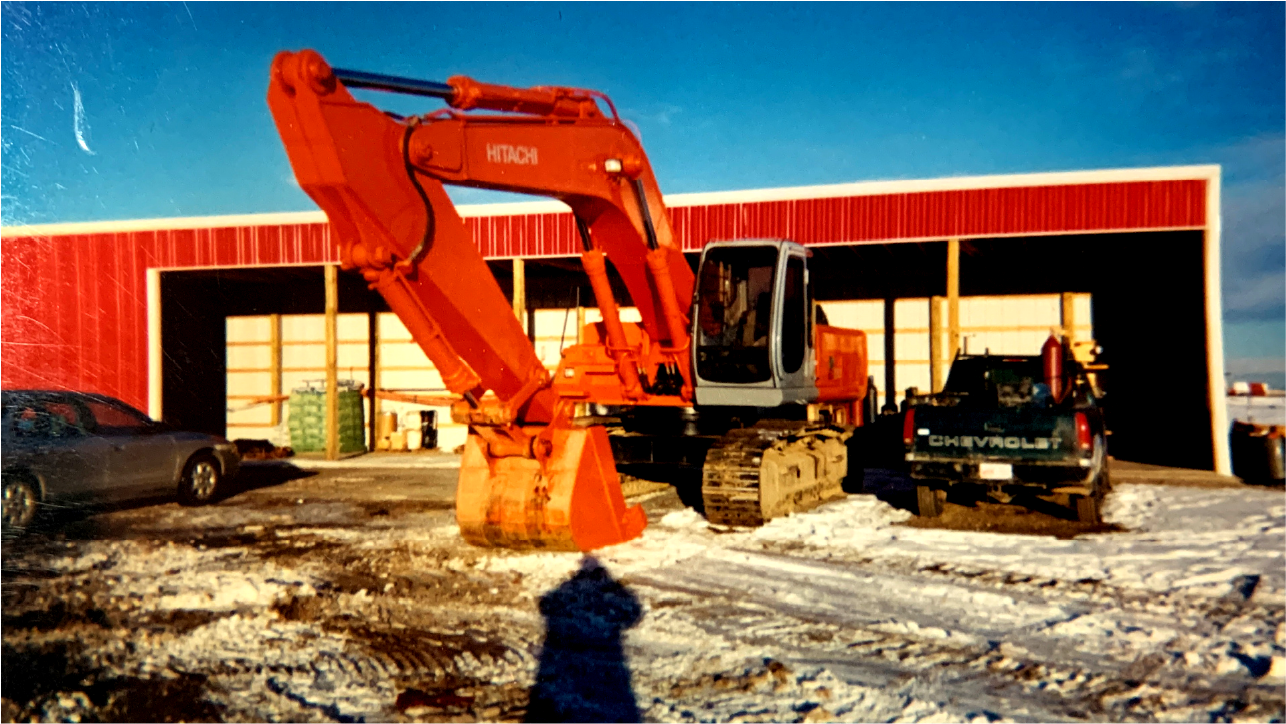 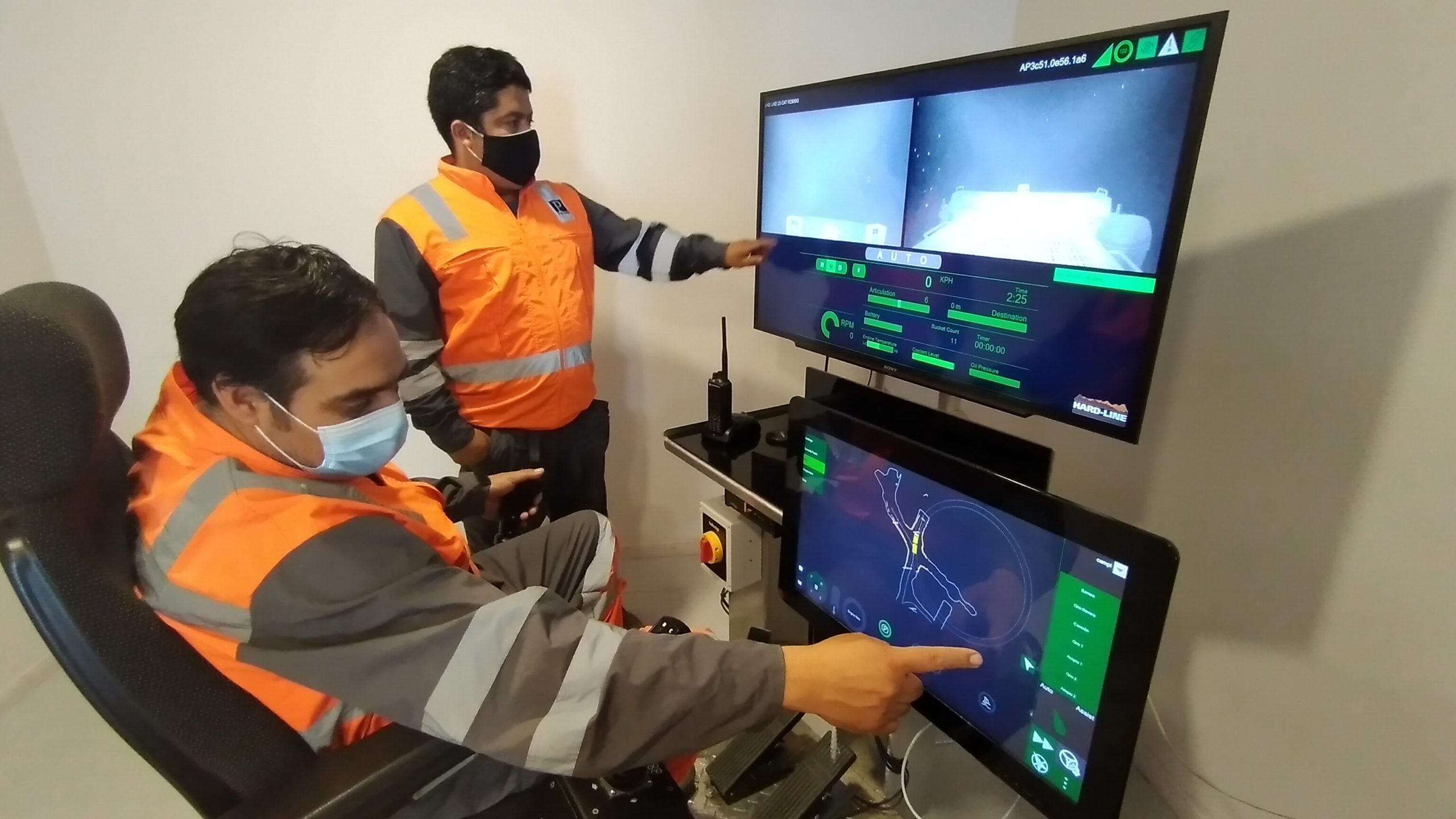 TELEOP AUTO AND ASSIST FOR AN UNDERGROUND COPPER MINE

The purpose of this case study is to examine the benefits of HARD-LINE’s TeleOp Auto and TeleOp Assist used on an underground LHD at a Pucobre-owned mine in Copiapó, Chile. 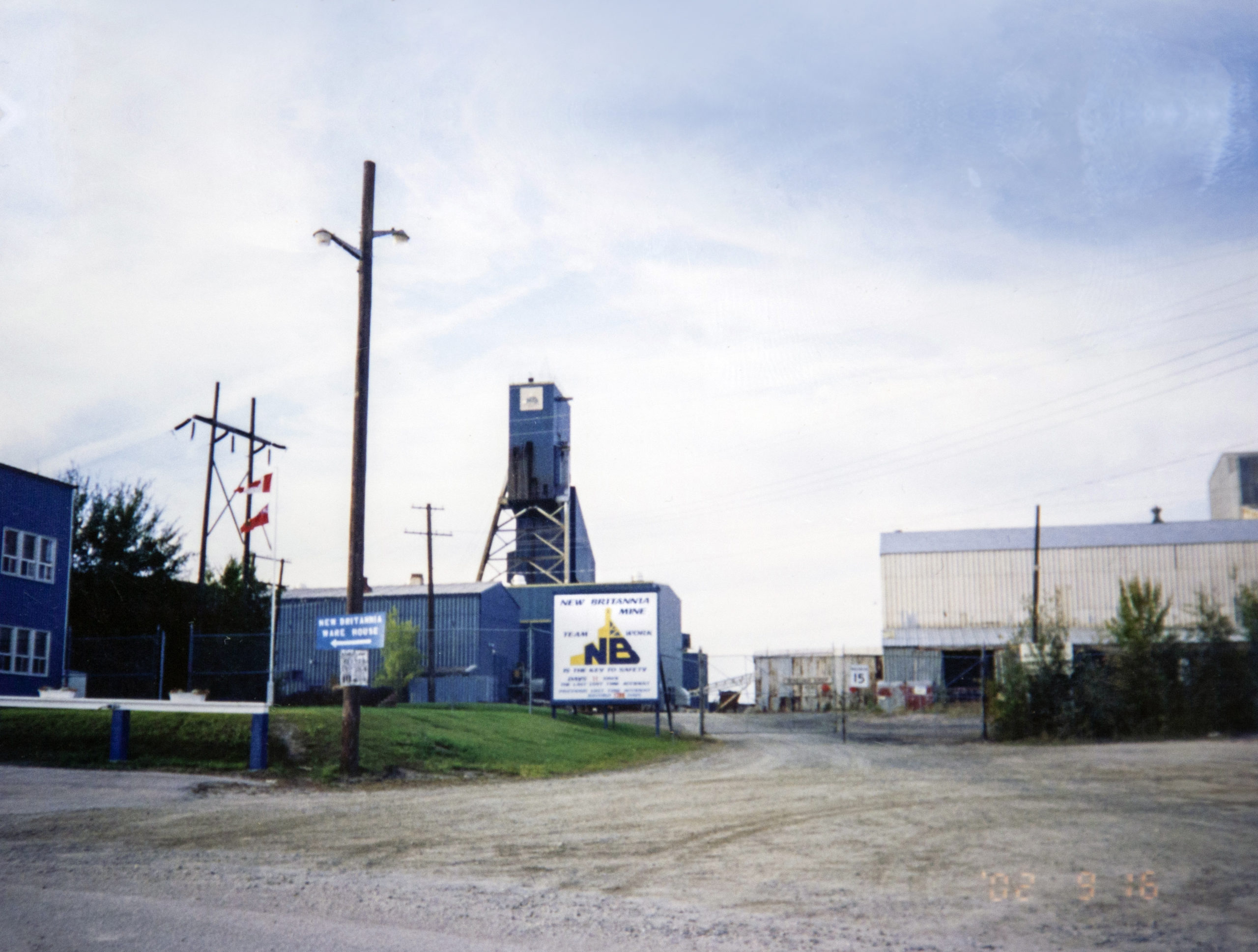 The purpose of this case study is to examine the benefits of HARD-LINE’s TeleOp system as implemented within TVX New Britannia’s underground processes in Snow Lake, Manitoba. 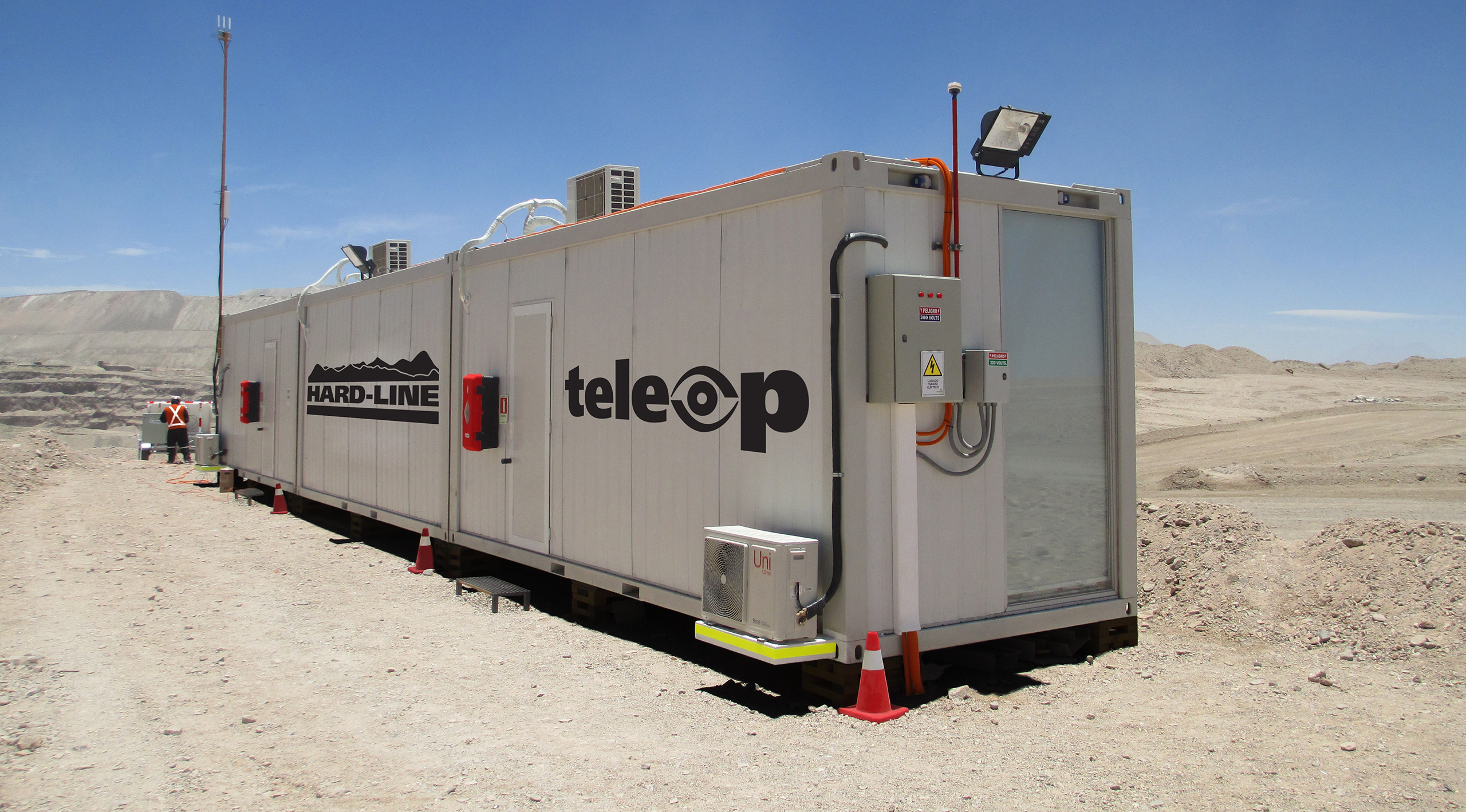 TELEOP FOR AN OPEN PIT COPPER MINE

TeleOp is adapted to multiple heavy-duty machines of various makes and models to allow workers to go down to greater depths in the open pit at a copper producer’s open pit pilot project ... 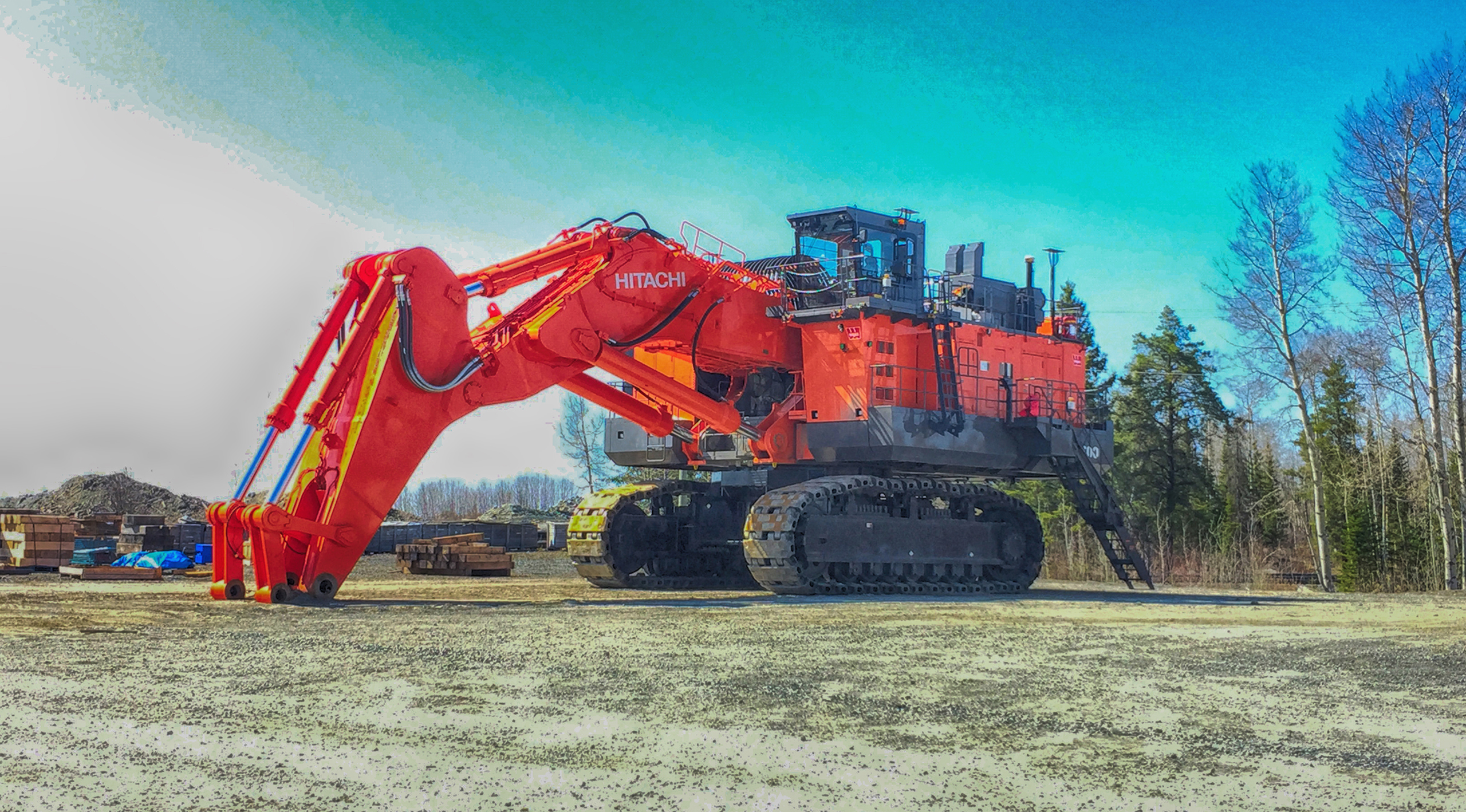 TELEOP & RRC FOR AN OPEN PIT GOLD MINE

TeleOp and Radio Remote Control help avoid hazards of sudden floor collapse to front-line workers due to several historic underground mines below the area in Canada’s largest operating open-pit gold mine in Malartic ... 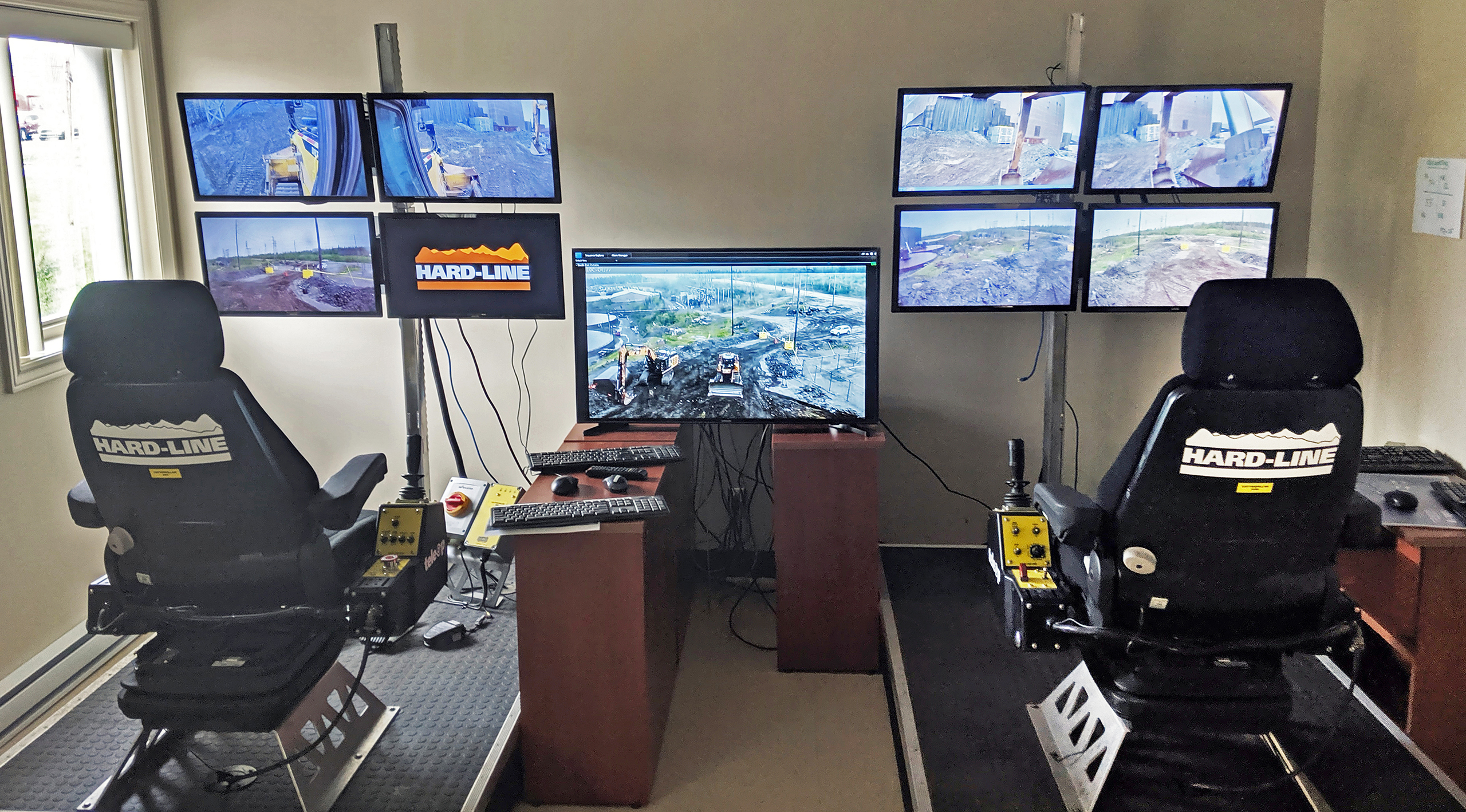 TELEOP FOR AN OPEN PIT IRON MINE

TeleOp proves an adaptable and flexible safety solution to freezing temperatures and airborne particulates in a storage barn for a leading iron ore producer in Labrador City Newfoundland, 2015. 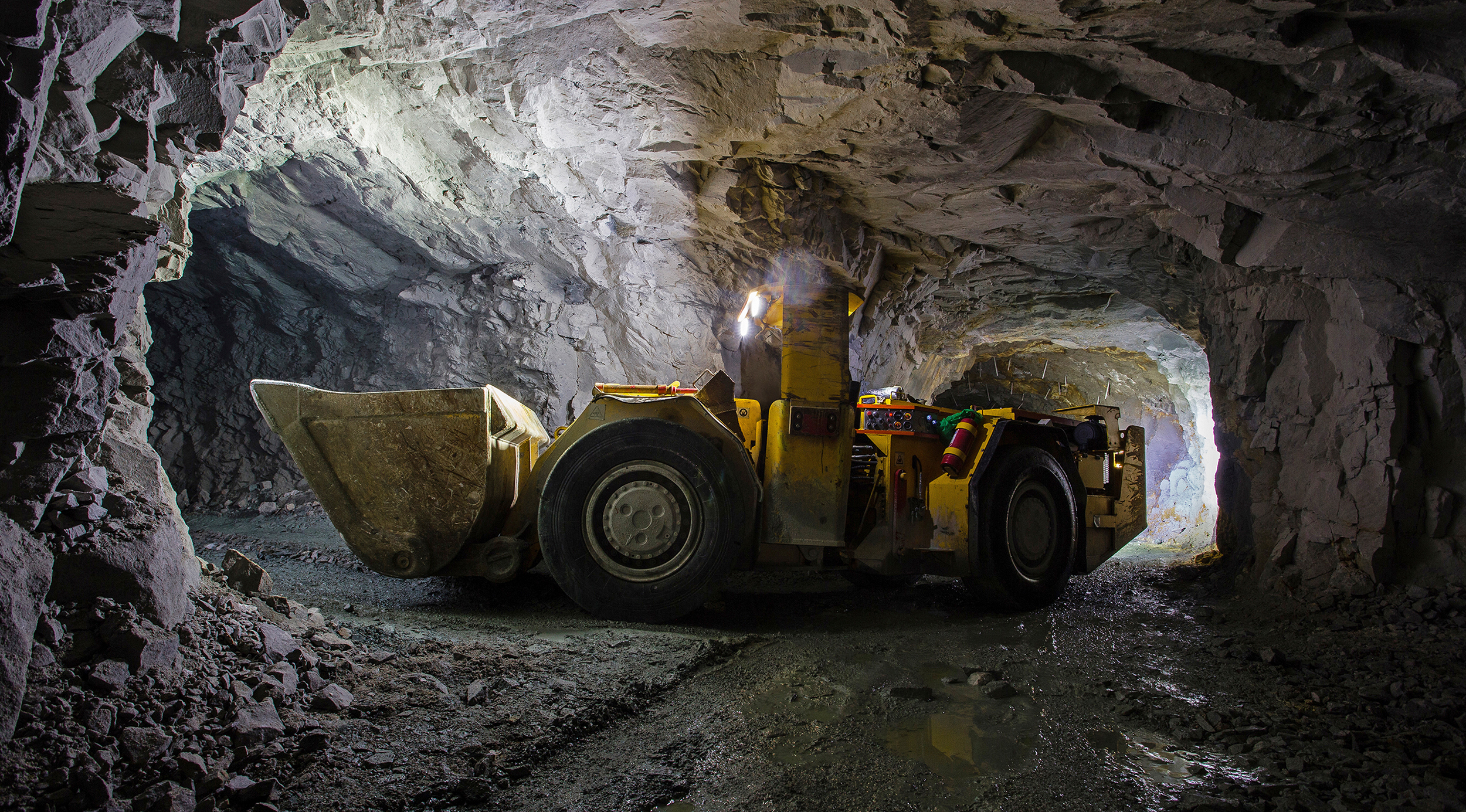 TELEOP MULTI FOR AN UNDERGROUND GOLD MINE

TeleOp Multi increase productivity safely by allowing operators to control 6 LHDs, a locomotive, and a rockbreaker from a safe and ergonomic environment on the surface at an underground gold mine in Ontario, 2015.